The Eyes of the Hospital 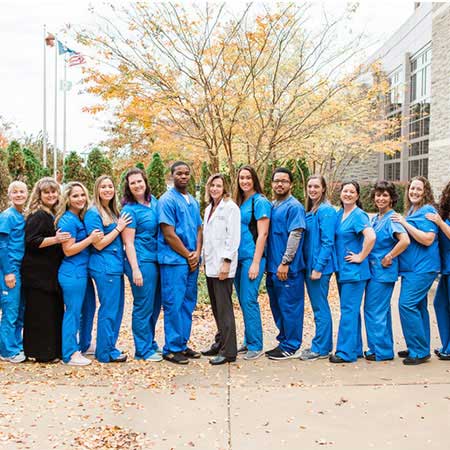 It’s likely you haven’t thought of radiology technicians as “eyes of the hospital.” But the Imaging Care team at Spotsylvania Regional Medical Center explained why they are referred to that way and it makes a lot of sense!

“We see what’s wrong with the patient,” said Kristin Watts, Radiology Supervisor. “It’s instant.” In some other medical fields, “it’s like a puzzle and you’re trying to put together the pieces. We find the pieces and put them together to help the other medical staff.”

Added Holly Campbell, Director of Radiology, “Between us and the lab [that takes and evaluates tests], we’re the two main diagnostic tools physicians have.”

While it may seem intimidating to hear about what radiology techs do, it’s likely you’ve already been in contact with at least one. They handle everything from X-rays to ultrasounds to mammograms, CAT scans, MRIs and even more. At Spotsylvania Regional Medical Center, their services span across both inpatient and outpatient needs.

“Our patient care is just more short-term [than it is for nurses and doctors,” Campbell said. “We’re a little quicker; we don’t get the patient for one hour, two hours, or four days. We get them for [an average of] 20 minutes to take the images.”

That being said, members of the Imaging Care team certainly get to know patients who come back for regular routine examinations, and that builds a sense of familiarity and comfort. “We’re interested in seeing how patients who come into the ER are doing,” Campbell noted. “But then we have a lot of patients that we see year after year who come in for six-month follow ups. Take your mammogram patients, for example, or cancer patients. There are people I know who have been coming since we opened the hospital for their six-month CAT scans. You see them and get to ask how they’re doing. So, you do get some sort of longevity with some of them.”

There is also the scenario of the patient who needs different kinds of radiology screenings throughout their stay. “It’s an exciting thing for us when you get a patient from the ER who has a really bad break of some bone, for example,” Watts explained. “You take their X-rays and then they order a CAT scan on them to see how badly it really is broken. A lot of the time the same tech will try to go into the operating room (OR) to be there while the surgeon puts the bone back to together and then you go afterwards and take post-op films. Then generally the patient is admitted for a day or two, you’ll take another few X-rays. Then you get to see from when they walked in the door of the ER to when they get discharged. That’s neat for us because that’s probably the closest we get to following a patient [closely].”

Regardless of the situation, patient care is paramount to the Imaging Care staff, and they are part of the exceptional team of medical professionals who help provide the high standard of care at Spotsylvania Regional. “We’re all here to take care of the patients in one form or another,” Campbell said. “It takes all of us. It takes everybody doing what they’re supposed to do to make it work.” 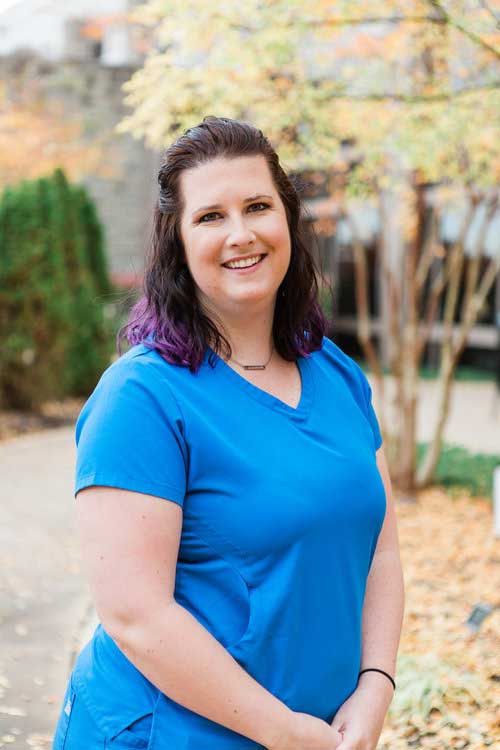 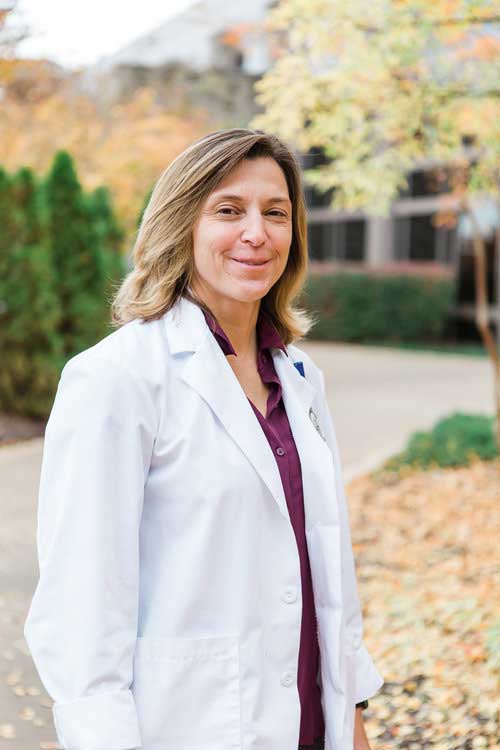 Imaging Care is an ancillary department that interacts with just about every other department in the hospital. Whether it be taking care of patients for a short period, helping with the lab by drawing blood after inserting an IV, or bringing X-ray equipment into the OR to assist with fixing broken bones, they are there to lend a helping hand.

So, as a patient, what should you know about being treated by Imaging Care? A lot of tests seem daunting, but Watts and Campbell were able to provide some reassurance:

While radiology techs can see red flags like “hot spots” on bones indicating fractures or artery blockages during stress tests, they are not authorized to give the patient any results. This is why they are “the eyes” for physicians who decide on next steps and communicate directly with patients.

“A lot of that has to do with how we work together as a unit,” Watts noted. “If eyes of technologists see something like a collapsed lung, for example, in the ER they can take the patient back to their room and then go to the physician on call and say, ‘Hey, you need to go look at this XRay right now.’” 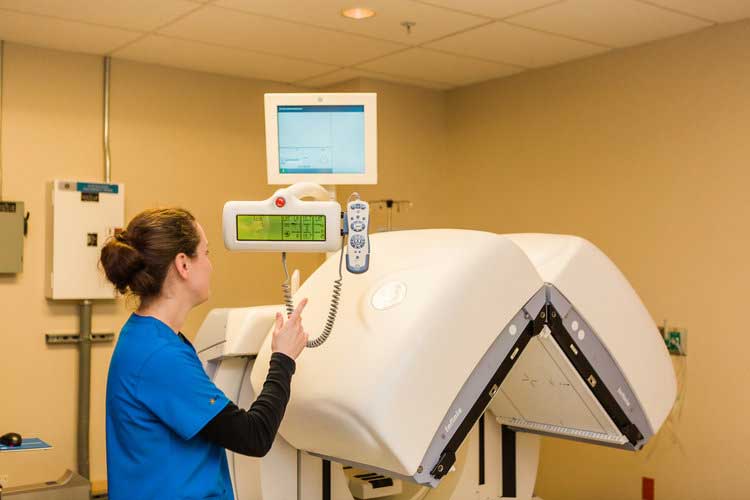 Erica Hann, Nuclear Med Tech. A nuclear medicine test follows a radioisotope in the patient’s body and a special camera captures the image of the substance’s movement. “It actually lets us see the function of different organs of the body,” Hann explained. “We see how things work, how blood flows, how the stomach empties, how the gallbladder squeezes, etc.”

Easing the Mind of a Mom

February 25, 2019 by FXBG Lifestyle
Being a first-time mom is exciting but overwhelming at the same time. You’re preparing for the biggest change of your life and trying to learn...
Previous Post

February 25, 2019 by FXBG Lifestyle
The leadership team at Spotsylvania Regional Medical Center doesn’t rest on their laurels. Yes, they have rich career histories and each bring...
Next Post
Back to blog home

Back and neck pain: When to see a doctor

Know the Signs and Symptoms of Lung Cancer

A focus on men's health

The link between weight loss and reduced joint pain

How to stay healthy in an office full of sick people