When Sarah Bullis first came to Spotsylvania Regional Medical Center six years ago, as a radiology student at Virginia Commonwealth University, she felt immediately at home.

Here she felt a comfort in knowing she could grow her skills, and watched her career progress from an x-ray technician to her current post as the Lead Radiologic Technologist in the Cardiovascular Department.

"It's a great environment. Right off the bat, I met lots of wonderful people who taught me and wanted to help me grow," Bullis says. "Once I got going, I didn't want to leave."

She and her husband have since made Spotsylvania their home. They built a house that backs up to the Chancellorsville Battlefield, where they can walk their two chocolate labs and soak in the Civil War history that Sarah's father taught her about during her childhood days in the small Northern Neck town of White Stone.

"This is our home now," she says. "We have really rooted in here. Spotsylvania Regional Medical Center has been a big part of that for me."

Since starting at the hospital, Bullis has consistently added to her credentials from the American Board of Radiology, earning certifications in vascular interventional and in cardiac interventional radiology.

"Education is huge in our department," she says. "If there is any down time, people have their nose in a book, we are looking through images or talking to the docs."

This workplace focus on constant improvement translates into passionate care for patients who come to Spotsylvania Regional Medical Center for cardiac care from the hospital's comprehensive team of cardiologists, respiratory therapists, rehabilitation therapists, occupational therapists, and other specialists.

As a Spotsylvania resident, Sarah knows that the people she treats are her neighbors. So when someone comes in for a cardiac catheterization--a process that may take an entire day--she wants to make sure they know exactly what is going on and receive constant, kind, consistent communication throughout their time at Spotsylvania Regional Medical Center.

"It's really part of the culture here," she says.

Sullivan was part of the team that opened the hospital in 2010. He was already part of the Fredericksburg region's medical community, but from day one, he has been impressed with the commitment to personal care that comes from the very top of the hospital's leadership.

"I see our administration, all the way up to our CEO, going into patients' rooms and checking in," he says. "I have seen them go into the waiting rooms and talk to families to see if there's anything they can do for them, and they always follow through on what they say they are going to do."

With a team of caregivers who live in the community where they work, this vigilant level of care does not stop at the hospital door.

"I like to go walk the riverfront in downtown Fredericksburg, or go to the Spotsylvania Towne Centre in my down time," Sullivan says.

Often, he runs into former patients. Sometimes, a casual conversation can make a big difference.

"Just the other day I saw one of my patients at the mall," Sullivan says. "We were just shooting the breeze and he says, 'I'm having this chest pain, but other than that I'm really good.'"

But Sullivan knew that shouldn't be happening.

"I told him to come back and see his cardiologist. I knew the cardiologist, so I told him to expect to see this patient again. He came in and did a stress test and we saw him back in the cath lab."

These personal touches--from calling a doctor to make sure a patient follows up to telling the nursing staff they can feed a patient whose procedure has been delayed--are the details that make patients feel at home at Spotsylvania Regional Medical Center.

That is exactly the feeling that Sullivan, Bullis and the rest of the hospital's cardiac team want to inspire.

"If you have that personal connection with someone, it's a trust," Bullis says. "You earn that bond, and once you have that bond with people in your community, they feel at home." 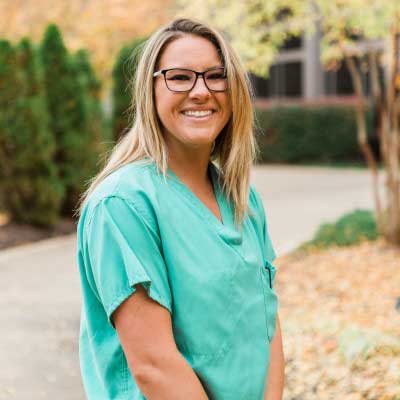 At Spotsylvania Regional Medical Center Sarah's career has progressed from an x-ray technician to her current post as the Lead Radiologic Technologist in the Cardiovascular Department. 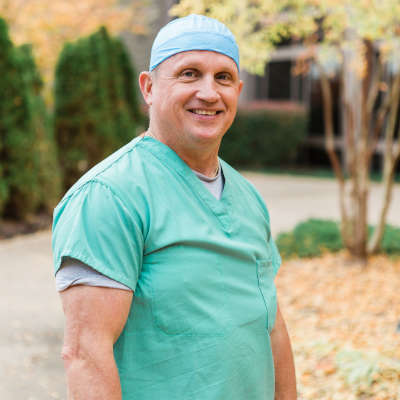 Christopher Sullivan is the Lead Registered Nurse in the Cardiac Catheterization Lab and has been with Spotsylvania Regional Medical Center since it opened.

May 17, 2019
The FDA recently approved esketamine for treatment-resistant major depressive disorder. Find out who may be a candidate and why it’s a breakthrough...
Previous Post

May 13, 2019
"I participated in a monthly health campaign at my church, and a friend of mine who knew I had been a nurse in Peru said, 'You should become ...
Next Post
Back to blog home

The dangers of thirdhand smoke

What Types of Mental Illness May Lead to Suicide?

Women and Strokes: Knowing These Symptoms Could Save Her Life

Intermittent Fasting: What Really Happens to Your Body

What is breast cancer?

Is my abdominal lump a hernia?