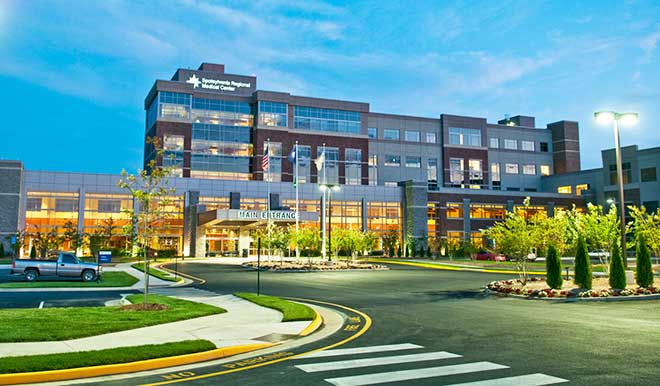 Spotsylvania Regional Medical Center (SRMC) is a general acute care hospital with 133 beds, all in private rooms, and a wide range of in- and outpatient medical services, including:

Our history and culture

Opened in 2010, Spotsylvania Regional is located on a 75-acre campus south of Fredericksburg on Interstate 95 and is a part of HCA Virginia, which is the commonwealth's most comprehensive healthcare network.

We operate as a community hospital, with a management team and a board of trustees who live in and are committed to the community. The board will establish policies and set expectations for the hospital based on its knowledge and understanding of local healthcare issues.

SMRC’s parent company, HCA, has been named a World’s Most Ethical Company for eight years in a row by The Ethisphere Institute.

Our contributions to our community

SRMC has employed over 450 new staff members and it will pay roughly $1.5 million in taxes annually to Spotsylvania County, thereby broadening the county's tax base. Though it didn't open its doors until June 7, Spotsylvania Regional Medical Center was playing an active role in the local community long before admitting patients. In January 2010, it presented Germanna Community College with an unrestricted donation of $100,000 towards their nursing program. In December 2009, the hospital donated $5,000 apiece to fire and rescue squads in the City of Fredericksburg and the counties of Caroline, Spotsylvania and Stafford. And in March 2010, SRMC donated $2,000 to Rappahannock United Way's "The Privilege is Ours, the Honor is Yours" Doctor's Day tribute. Additionally, thousands of dollars have been donated to other organizations in the region throughout 2010.

Spotsylvania Regional operates as a community hospital, with a management team and a board of trustees who live in and are committed to the community. The board will establish policies and set expectations for the hospital based on its knowledge and understanding of local healthcare issues.

This commitment to community is a key philosophy of HCA. With a workforce of more than 10,000, HCA is one of the state's largest employers and healthcare providers. Each year HCA Virginia facilities provide approximately $100 million in free charity care to needy patients and pays $100 million in taxes that support vital community services.

On March 22, HCA, SRMC's parent company, was named among The Ethisphere Institute's fifth annual selection of the World's Most Ethical Companies, which highlights 100 organizations that lead the way in promoting ethical business standards.

Our mission and values

Above all else, we are committed to the care and improvement of human life.

Together, we will provide the highest quality, compassionate care to all we serve.

Our values follow a simple acronym: ICARE. Together we all care and strive to make a difference at Spotsylvania Regional Medical Center. 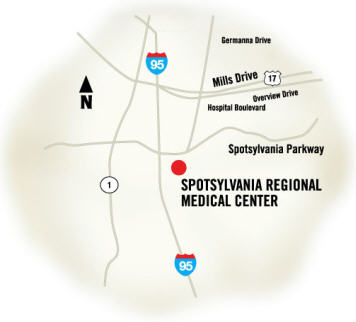